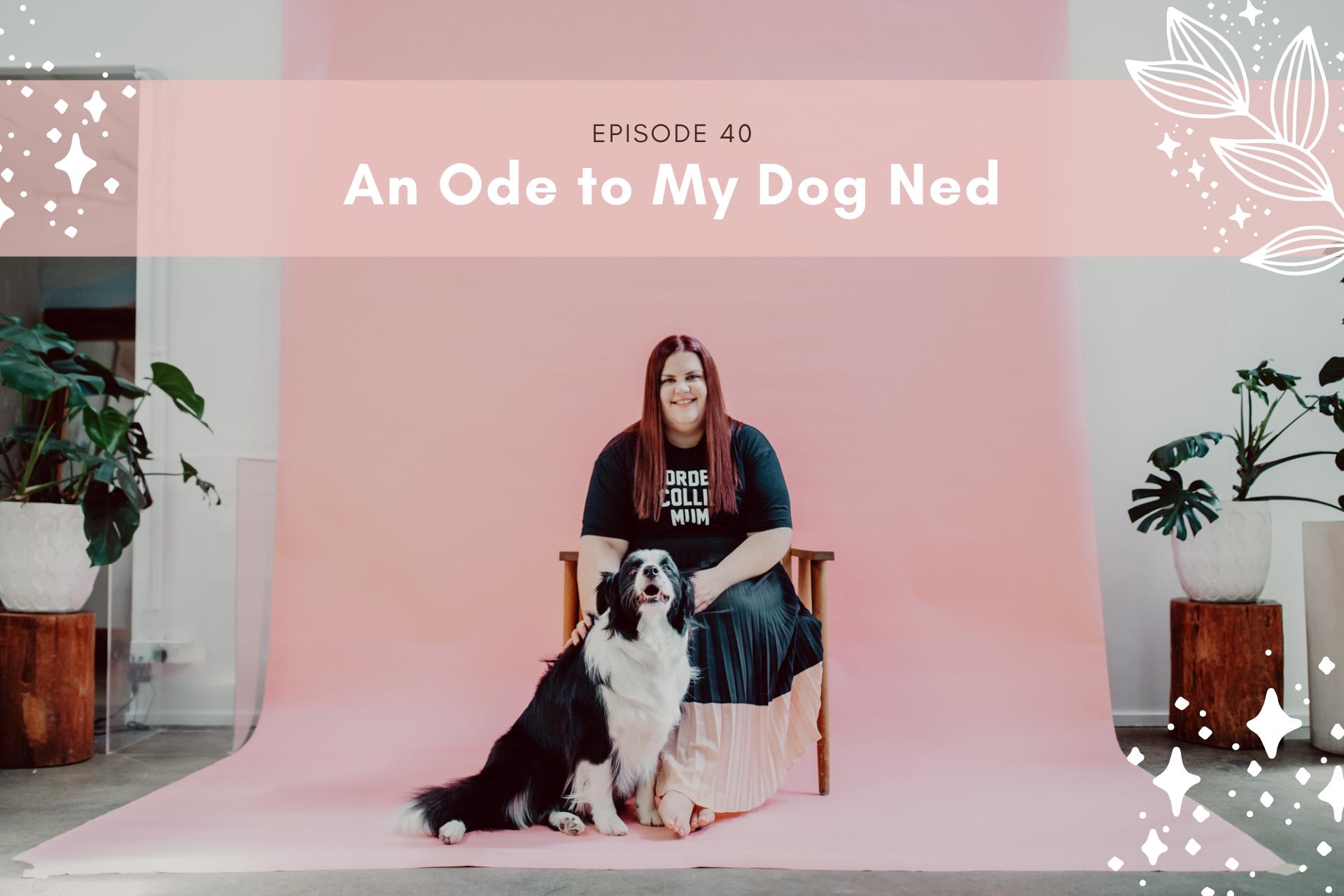 An Ode to My Dog Ned

Today is a very special day!

Now if you’re thinking “who the heck is Ned?!” – well he’s my best friend, my soulmate, the love of my life, my sidekick in life and business – and he’s my dog.

So if your next question is – “why the heck are you doing a podcast episode about your dog Tahryn?!”

Well you might be shocked to know that Ned is kind of a big deal around here.

And whenever I put up a poll on my Instagram stories asking who people want me to interview on the podcast – someone ALWAYS writes Ned.

Yes he has become an integral part of my business, my brand and Ned content is usually my top performing content.

Which is one thousand percent fine by me, because I’m totally obsessed with him too.

So in today’s episode I want to tell you the story of Ned + I and why I made the conscious decision to incorporate him into my business and content.

This is an ode to my dog Ned. 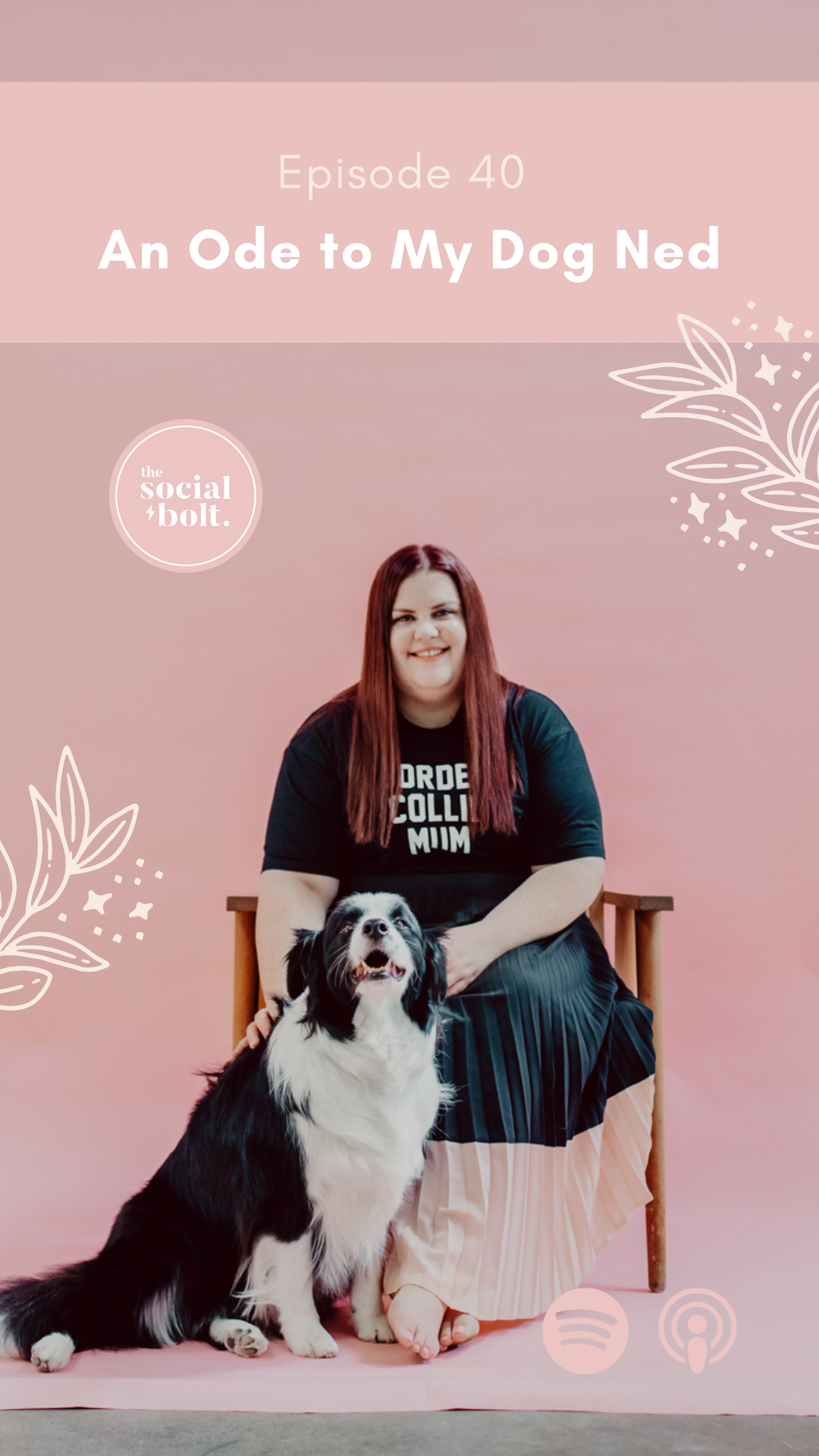 The story of Tahryn & Ned

I’ve ALWAYS wanted a border collie. Ever since I saw Dr Katrina Warren and Toby on Harry’s Practice in the 90’s.

It was no secret that when I grew up and could have my own dog – I’d get a border collie.

I was going through a bit of a tough time in my life. I was struggling to find myself. I’d been living in my hometown of Corrigin for about 7 years and I was at a crossroads with what I wanted to do with my life. I never felt like I completely belonged there and I had a niggle that there was something else for me out there – but I didn’t know what that was so I was having that internal struggle.

So of course – what’s the best medicine for that?

I decided it was time. I told my mum my plans – and of course my mum, being the person she is, sprung into action. So Moira was on a mission to find me a border collie of my own.

And she didn’t mess around. Now she’s not the most technology savvy person but she knows how to Google (which is an essential skill if you ask me!).

And would you believe that quite literally the next day I got a phone call from my mum while I was at work excitedly telling me “I found you a dog!”

Now fun fact – my Mum actually stole my idea to get a border collie as a pet a few years earlier. She had always said that she wanted a West Highland White but obviously me talking about border collies since the 90’s influenced her to get Bella. Bella is the OG – I love her like she’s my own dog and I’m pretty sure I’m her favourite.

So why does this matter? Well Mum found that the breeder who we got Bella from had a one and a half year old border collie named Ned who they’d hand selected to be a show dog of theirs. In fact Ned’s dad Scotty is an award winning show dog. So his pedigree made him an ideal show dog candidate.

Here is the kicker – which makes it so clear that Ned was always meant to be mine.

He was not cut out for the bright lights of show dog world.

So rather than making him do something he didn’t want to, Hayley, his breeder decided to find him a home with a human who would love him and not subject him to big crowds of humans and other dogs.

So Mum had found Ned in a day and wanted to know if she should call Hayley and say we were interested and could we meet him THAT weekend.

So we did. We took a road trip to Perth to meet Ned.

You can imagine how I felt pulling up to meet Ned. This was the dog I wanted my whole life. My own dog.

But also thinking “will he like me”? And “Will Hayley trust me to have him?”

Now Ned on the other hand – his first reaction was to guard the fence and bark at me. It hurt my ego a little but Hayley said to ignore him and let him come to you on his terms.

And thankfully it took maybe 1 minute for Ned to realise that “hey she’s not too bad” and he came and sat right next to me and nuzzled his nose into my hand so I’d pat him.

He looked into my eyes and of course I was ready to lay down my life for him.

So Hayley was telling us a little bit about Ned and mentioned that if I didn’t want a dog that loves 1:1 interaction and needs plenty of love and attention – meaning he’s a little bit needy. Then he’s not the dog for me.

But he sounded like EXACTLY the dog for me.

So it was decided. Ned would be mine and he’d come home with me a couple of weeks later.

Ned took a little bit of time to settle into his new life.

I was obviously smitten with him – but Ned likes to do things on his terms.

But once he was comfortable – boy did he settle in.

And he has this little face that you simply can’t say no to.

My mum loves Ned more than me – and I’m ok with that and totally understand.

Ned healed my heart more than I ever thought was possible.

The love of a dog is like nothing else.

Just think about how excited your dog gets when you come home – even if you’ve only been gone 10 minutes. Or how your dog looks at you. I truly believe that if we saw ourselves through our dogs eyes – we’d believe in ourselves more.

It sounds crazy and corny – but honestly Ned did that for me.

In 2016 we packed up our home and moved back to Perth so I could go back to uni and study marketing. I don’t know why I thought going back to uni at 31 years of age was a good idea but it set the wheels in motion for me to become the 2022 version of myself.

I started my business because my ultimate life goal was to be a stay at home dog Mum and here I am – A 6-figure business owner who gets to stay at home every day with Ned AND support the most magical clients.

People might say “he’s just a dog” but clearly they’ve never had a Ned in their life.

I love Ned more than anything in this world – and I’m so grateful you do too.

Why Ned is an integral part of The Social Bolt team

The fact that I can record an entire episode on my dog says a lot about the impact of the Ned-factor on my business.

Not only is Ned a big reason why I started my business in the first place, but including him in my content and my brand was an intentional decision.

I’d seen the power of brand association with Brooke Vulinovich & donuts. How she incorporated that into her business and how her community responded to that, was a catalyst for my decision.

And here’s why it works:

So there you have it – my ode to my dog Ned!

I’ve built a fully-booked 6-figure business from my ability to create content that connects AND converts. I mean I show up and talk about Dogs and Harry Potter most days and I support the most magical clients.

And if I can do it – you sure as heck can too! (And, no — talking about dogs and Harry Potter is not required for your business-changing success!)

I’m sharing the exact potion to craft 3 magical pieces of content that connect AND convert in The Client Converting Challenge – which is starting TODAY the 15th February.

So if you haven’t signed up – there’s still time to join us. Sign up here 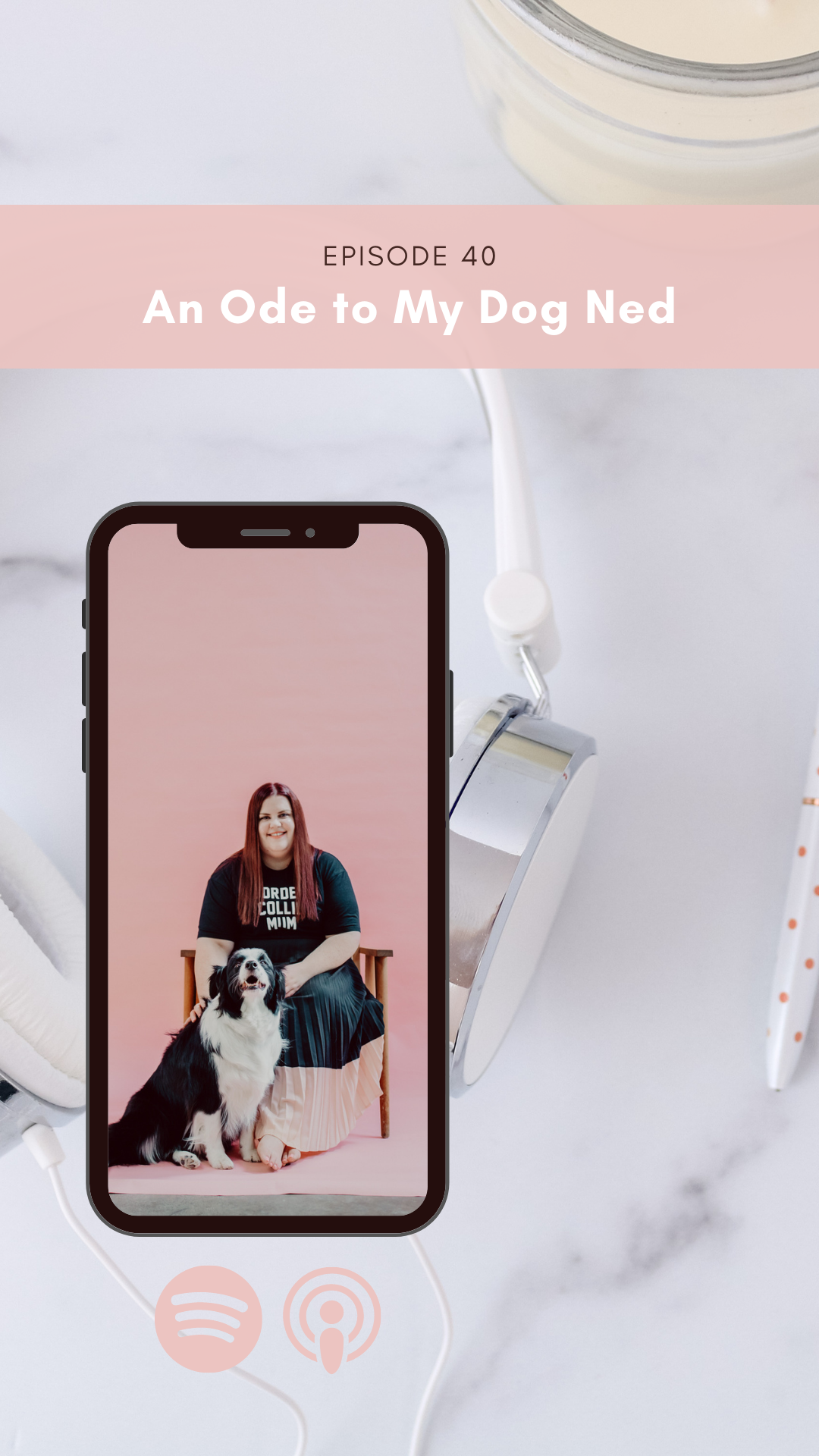 Sign up for The Client Converting Challenge at here

Join the waitlist for the School of Content Wizardry here 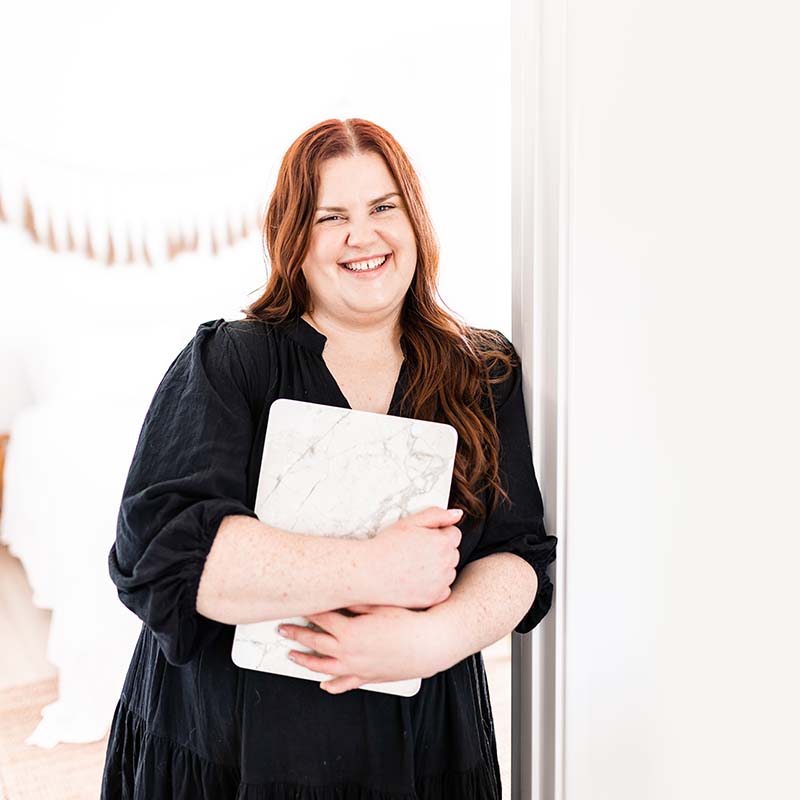 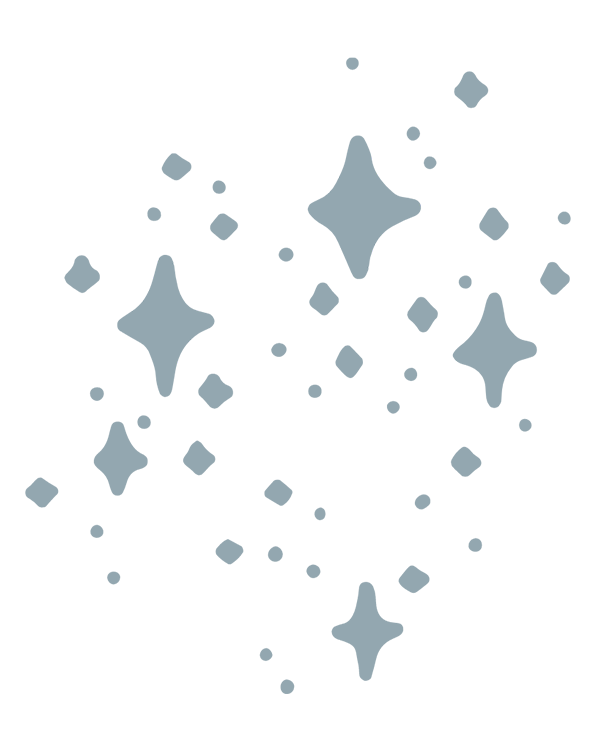 Combining my love of writing and degree in marketing, my services are designed specifically to support businesses (like yours) with their online strategy and content must-haves 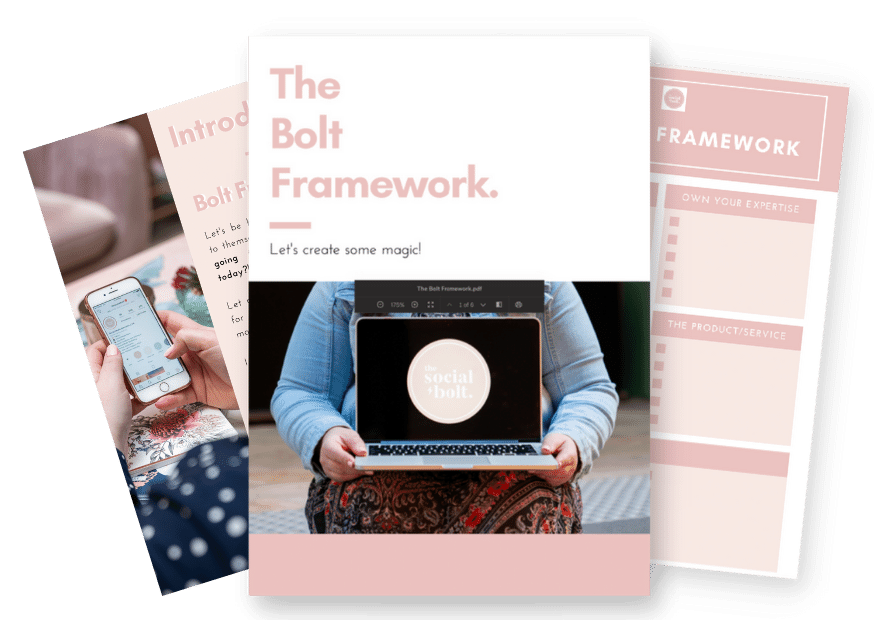 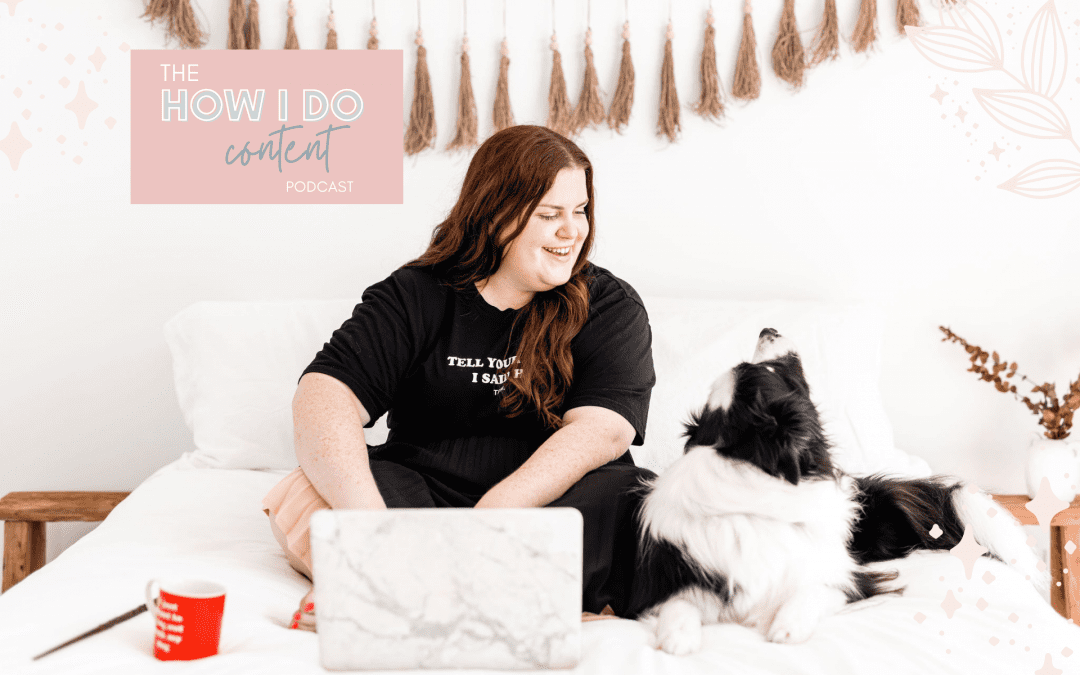 How to generate consistent monthly revenue through launching

There’s an increasing number of conversations right now in the online space around generating monthly recurring revenue vs launching. These conversations are trying to pit them against each... 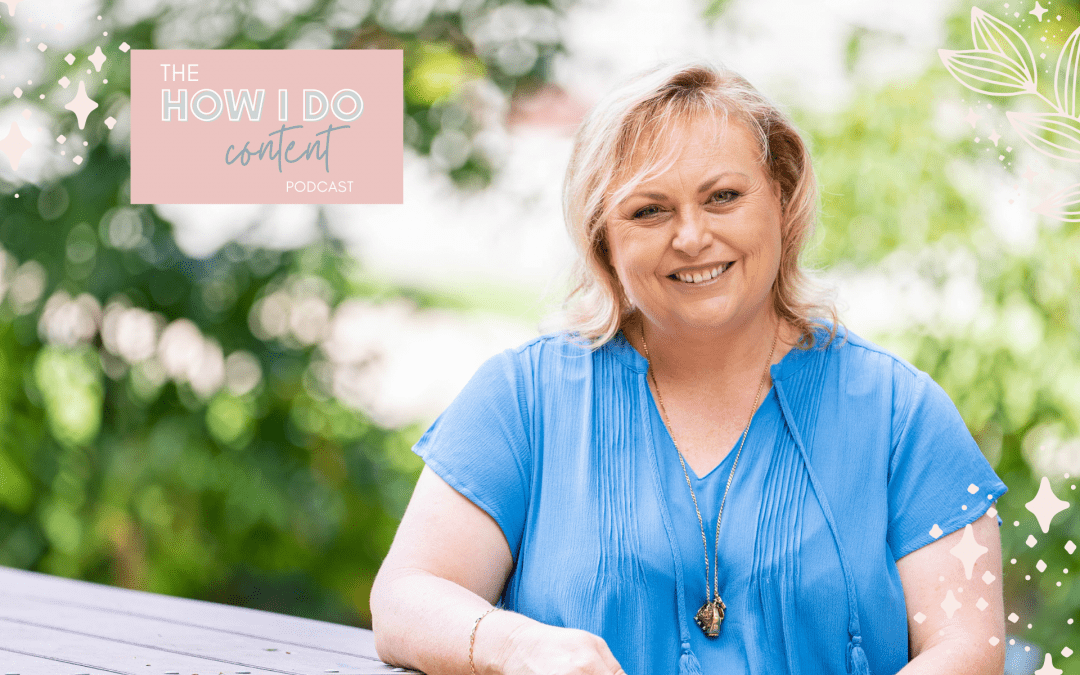 I want you to be honest with me… Where do YOU sit on your priority list? Be really honest with yourself here. Because as business owners there’s always a social media post that needs to go out... 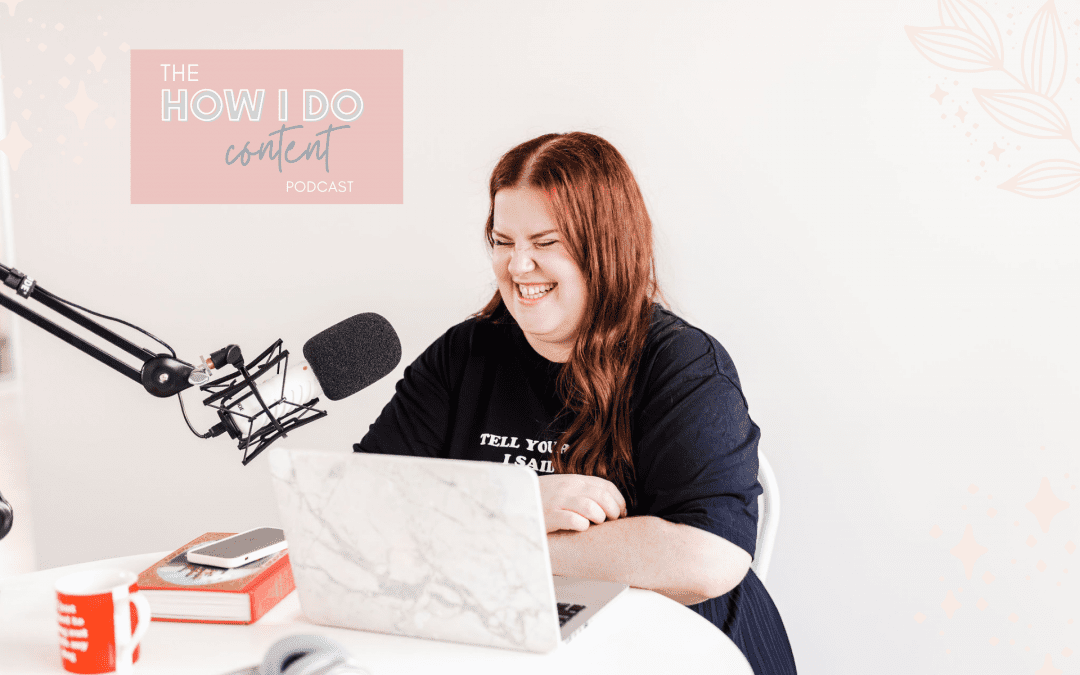 Today marks 1 year of the How I Do Content Podcast! So in today’s episode, I’m sharing how to launch a chart-topping podcast. Because if I can launch a podcast and get it to #1 in Australia...